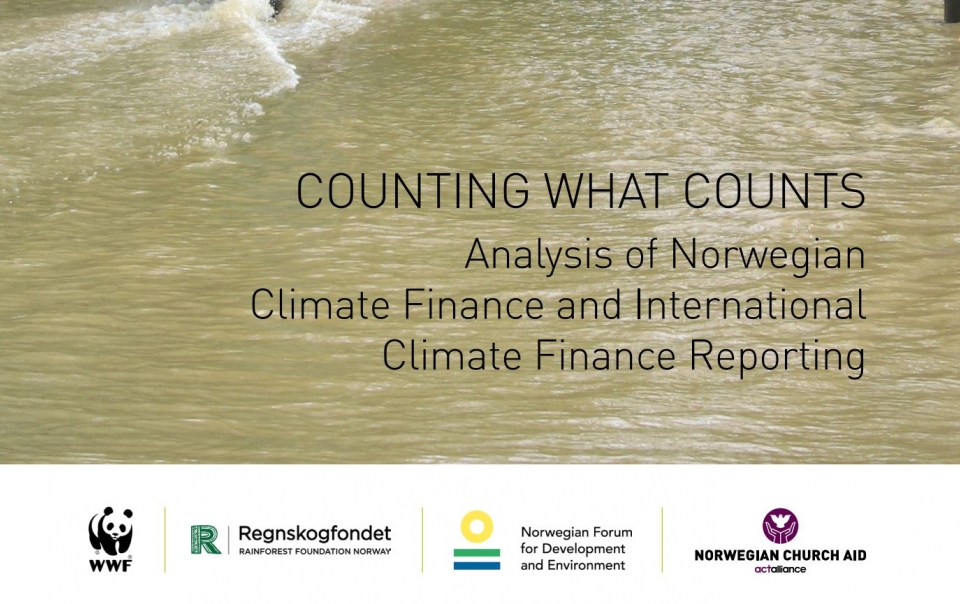 Climate finance is one of the hottest topics on the UN climate change agenda. A new report from Norwegian organisations presents new and interesting findings on both Norwegian and international climate finance.

Norwegian Church Aid, WWF Norway, The Norwegian ForUM for Development and Environment, and Rainforest Foundation Norway commissioned this report, in order to continue a constructive dialogue with the Norwegian Ministry of Foreign Affairs and the Norwegian Ministry of Climate and Environment on these issues. However, we also wanted to look beyond Norway, more precisely at how climate finance is accounted for globally and how we can design better climate finance accounting modalities for the future. Consequently, the conclusions and findings in this report are relevant for a much broader audience than only Norwegian actors. In brief, the findings of the report have given rise to recommendations for how to move these negotiations forward, and how Norway can play a bigger role:

The report proposes in detail how these improvements could be made. This debate may be technical and full of numbers. However we would like to stress the importance of never losing sight of how the adverse effects of climate change affect real people’s lives, and what we can do to remedy such effects. To bring enough resources to the table, we need to start counting what counts.